Of the languages spoken in Ireland, English is the most used by far. However, Irish is the national language and is used as a second language throughout the country. Scots, Shelta, and Irish Sign Language are also used on the Emerald Isle.

The list below ranks speakers according to population size:

Note that the above list includes only those languages spoken in Ireland for which there is a significant number of resident native speakers. (You can certainly find French ex-pats in Dublin, for example, but they would not be counted in lists such as the above.) 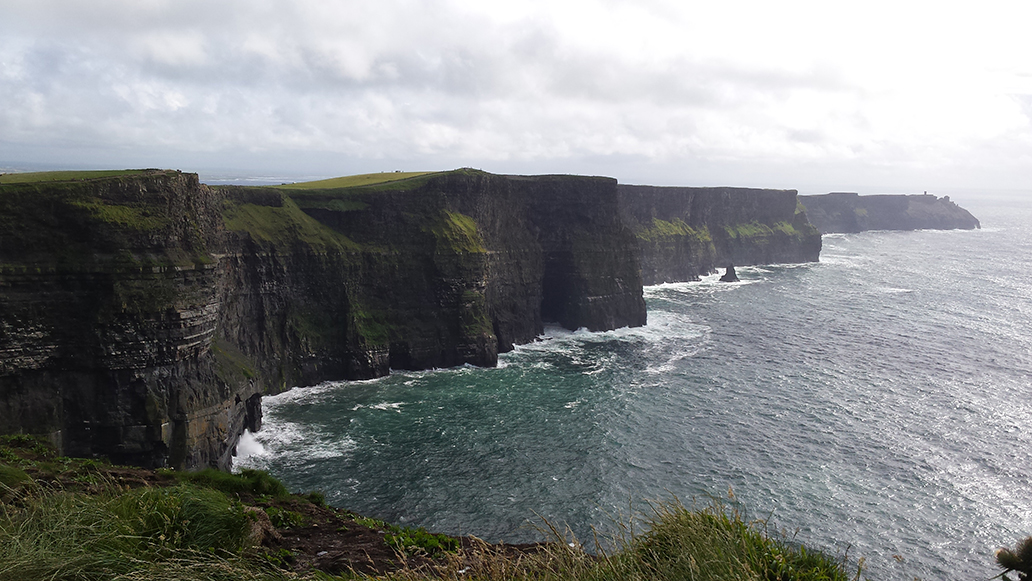 The Cliffs of Moher, or how to say “stunningly beautiful” in Irish.

More English Words from Other Languages