How Many Languages Are Spoken in the US? [Infographic]

Quick—guess how many languages are spoken in the US. Did you say two? (English and Spanish probably come to mind for most people.) Did you say 10? (Hey, you’re cultured—you lived in New York for a couple of years and you can name the immigrant communities there.) A few dozen? (You’re getting warmer, but you’re still a long way off.)

The correct answer to the question How many languages are spoken in the US? is 381. No, that’s not a typo. Hard to believe, isn’t it? Check out the infographic below for more information or jump to trivia or the rankings.

Also, check out why it’s important to learn a foreign language. 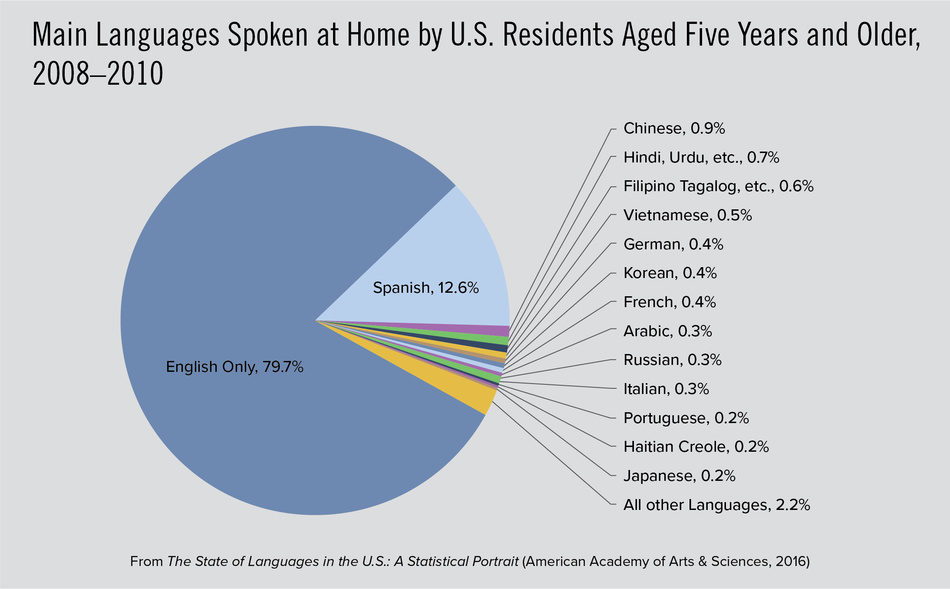 How Many Languages Are Spoken in the US? | Trivia

How Many Languages Are Spoken in the US? | Rankings

Below is information about the nine most widely spoken languages (besides English) in the US. Languages are ranked by number of individuals older than 5 who use a language other than English in the home.