Hypernyms and Hyponyms: The Genus and Species of Linguistics

If you want to understand hypernyms and hyponyms, then think back to your high school biology class. Maybe you learned about Carl Linnaeus. (I hope so, because he was a pretty big deal.)

Hyponymy deals with semantic classes of words. The word semantic refers to the meanings of words. (And if you’re a language buff, check out these amazing facts about language or see these English words that we get from other languages.) 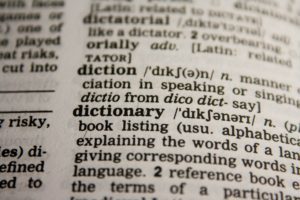 Linnaeus is known as the father of taxonomy, which is just a big word for classification.

And that’s all that hyponymy is—classification. If you know that salmon, grouper, and bass are all types of fish, then you can understand the relationship between hyponyms and their hypernym.

Giant disclaimer designed to prevent angry comments from readers: Linnaeus was not a linguist and I’m not claiming that he was. However, I’m referring to his system of classification to make an analogy—that’s all.

Hypernyms are what you can think of as “higher names.” (The prefix hyper– means “over” or “high” while the suffix -nym means “name.”) A hypernym is more general than its hyponyms.

Hyponyms are “lower names.” (The prefix hypo– means “under” or “below.”) A hyponym is a specific instance of its hypernym.

We can place a hypernym and its hyponyms in a hierarchy, with the more general hypernym above (for example, fish) and the more specific hyponyms below (salmon, grouper, bass).

An easy way to visual this hierarchy is think of how animals are classified.

Mammals, birds, fish, reptiles, and amphibians are all types of animals. As a result, we could draw a chart with the word animal at the top and the aforementioned five subgroups at the bottom. The words mammal, bird, fish, etc. are hyponyms of the word animal.

But hypernyms and hyponyms describe relationships between words, not fixed states. So even though I just said that mammal is a hyponym, it can be a hypernym, too.

Think of the words raccoon, kangaroo, and dolphin. They are all types of mammals (or, if you prefer, specific instances of their hypernym, the word mammal). My three-year-old isn’t quite sold on dolphins being mammals, but that’s another story…

In other words, a hypernym and its hyponyms have a parent-child or category-item relationship.

Of course, linguists don’t limit themselves to the natural world. You can find hypernyms and hyponyms in countless groups of words, from the concrete to the abstract, from nouns to verbs, and from the simple to the complex.

See below for a few examples of hypernyms and hyponyms:

A graphical representation of hyponymy.

More about Hypernyms and Hyponyms

If you want more info on hypernyms and hyponyms, then check out these resources:

If you want to learn what a linguist does, see our post on jobs in linguistics.

To find out how a lack of online content can hurt speakers of many languages, read about the new language barrier.